Without Contingency Fee Personal Injury Trial Lawyers (No Fee Unless You Win), the Little Guy and Gal Will Never Have Access to Justice Which is What Big Business/Big Insurance Wants

Contingency Fee personal injury trial lawyer (no fee unless you win)—When you step into a hospital, an airplane, an elevator etc., do you want to know you will be safe because an attorney will represent you should negligence harm you or your loved ones, or would you rather have no access to attorneys and leave your safety to the “conscience” of a for-profit corporation whose only duty is to make its shareholders the most money at the least cost?

Throughout our country’s history, the little guy and gal were never intended to have access to the courts which were reserved for the Big Corporations.  In Christy’s painting above, designed to commemorate the signing of the U.S. Constitution, I don’t see too many of the ninety-nine percenters—the little guys or gals like you or me with mud on their boots.  Instead, I only see the 1% regaled in their finest silk and festoonery—in short, the representatives of Big Business.  Ironcially, this painting is entitled, “We the People.”

True, the Seventh Amendment to the Constitution provides that every person is entitled to a right to a jury trial in all civil cases where the amount in controversy exceeds $20.00.  Sounds good, right?  But think about that:  For much of our country’s history, the average man or woman simply could not afford to pay for an attorney at an hourly rate.  This Amendment was only intended to give Big Business the right to a jury trial should they wish to sue. So far so good for Big Corporations: They alone could afford to hire attorneys on an hourly basis and so they did not have to worry about holding the courthouse door open for the little guy or gal since the little guy or gal simply could not afford access to justice.

In the early 20th century, however, a few trial lawyers started taking cases on a contingency fee (no fee unless you win) basis which meant that the attorney fee was a percentage of the amount won at trial; lose the case, and no attorney fee is owed. But this really did not catch on in most regions of the country until the latter half of the 20th century.

So for the first time, the little guy and gal now had increasing access to the courtroom, and so the Davids of the world could now begin to hold the Big Corporation Goliaths accountable for their nasty and inhumane behavior.

Of course, the more successful these contingency fee personal injury lawyers (no fee unless you win) became, the more of a threat they became to the Large Insurance Companies and other Big Business who now could no longer do whatever they pleased to get ahead: there was now accountability and this scared Big Business.

So Big Business began spending their large piles of money in an effort to “educate” the public about the evils of personal injury trial lawyers working on a contingency fee (no fee unless you win) basis.  They called such cases “a lottery” or “frivolous lawsuits,”among other things, even though the reality is that no contingency fee personal injury law firm could stay in business very long if they took on bad cases with bad clients as the firm would not only be unpaid for hundreds or even thousands of hours of their time, but they would also be unable to recover costs and expenses from poor clients that simply could not afford to repay the tens of thousands, hundreds of thousands, or even more dollars required in costs and expenses to pursue such cases.

Big Business also spent their money on changing legislation and regulations to limit no fee unless you win cases at the local, state, and federal levels while the rest of us were too busy to notice as we looked down as we “pulled the plow” of daily life as we tried to earn a living.

In reality, however, Big Business got to the top of the heap by engaging in dog-eat-dog business practices and by using their deep pockets to buy the best laws and regulations to protect them from competition and anyone else who would dare try to limit their power or accountability.

When George H.W. Bush exclaimed he was going to abolish the “tassel loafer wearing trial lawyers and frivolous lawsuits” during his administration, did he bother to inform the public that if someone typed in his family’s name (or “Zapata Oil” or the names of the other corporations the Bush family owned in the oil and other industries) into Westlaw or some other case law data base, they would find that he and his family-owned corporations brought over 5,000 lawsuits over the previous 30 years, mostly against smaller oil companies as their Big Oil Machine steamed-rolled over anybody—particularly the little guy or gal who could not afford to pay hourly legal fees customary to such cases—who dared get in their way?  Sounds a little familiar doesn’t it?  The courthouse doors are open for Big Business who can afford justice, but Big Business does not want to hold the courthouse doors open for the little guy or gal trying to get a toe in the door of justice.

Insurance companies typically keep 90% of every premium dollar they take in, paying only about 10% out in claims.  For example, in 2017, State Farm took in $63.9 Billion and paid out just $6.5 Billion.  When an insurance company keeps approximately 90% of every dollar it takes in, they want to keep things they way they are; that is, they do not want anybody—not even the little guy or gal working with a contingency trial lawyer—to take even a small bite our of their profits.

This is not Republican vs. Democrats, but rather, this is the 99% vs. the 1%.  The 1% elite sit around concocting “white knuckle” issues such as gun rights, abortion rights, marriage rights, etc. for the unsuspecting 99% to take the bait (hook, line, and sinker) and support candidates of both parties that are 99.9% devoted to the issues of the 1% while giving the 99% their 0.01% voice on issues like guns, abortions, etc.

Since there is usually never a very strong majority in state legislatures or in Congress, you can count on both Democrats and Republicans to combine their forces to strengthen the position of the 1%.  It takes one hand to wash the other.

This idea—that the 1% control everything—is nothing new as noted by Samuel Clemens (Mark Twain) in the late 19th Century:   “When the rich rob the poor, it’s called business. When the poor fight back, it’s called violence.”  Of course, Twain was using the word “violence” in a tongue-in-cheek manner, mocking the words chosen by the Big Media of the day who wrote stories (or ignored them) in a manner designed to enable Big Business—the newspapers largest advertisers and/or shareholder—to continue their lawless and inhumane behavior at the expense of the 99%.  This meant Big Business would be able to continue paying Big Media’s exorbitant advertising rates.

But we all know this is not “violence,” the word chosen by Big Media sympathetic to the financial strength of its largest advertisers, but rather, it is actually called truth, integrity, and accountability for taking care of people that have been hurt and damaged.  Evidently, “no fee unless you win” are fighting words for Big Business.

Similarly, Mary Harris Jones in the 1870s was sickened by the deadly and long-hour working conditions suffered by children workers, coal miners, and others.  She organized child labor and coal miner strikes and  parades in large cities to bring to the attention of the Big Media and others the long work hours and dangerous work conditions of these virtually enslaved poor workers.  When she asked Big Media why they would not cover these parades and strikes in their newspapers, the newspaper editors responded that they could not do so because many of the large employers were the newspapers’ largest advertisers and shareholders.  Mary responded, “Well I’ve got stock in these poor child laborers!” as she continued her strikes and marches.  Mary’s heroic efforts in the face of such Big Business and Big Media callous disregard for decency and truth has earned her recognition as the founder of the modern day organized labor/union movement.  And her heroic efforts and the nick-name “Mother Jones” has earned her immortality in the process.

So the Big Insurance Companies/Big Business are trying to limit the little guy and little gal’s access to the courtroom, and the only one who can allow this to happen is you by siding with Big Insurance Companies and Big Business against your own interests by letting Big Business continue to try to limit the ability of contingency fee (no fee unless you win) personal injury trial lawyers to help the little guy or gal who does not have the money for hourly attorney fees.

NEXT: To see what playing baseball taught me about being a personal injury trial lawyer, click here. 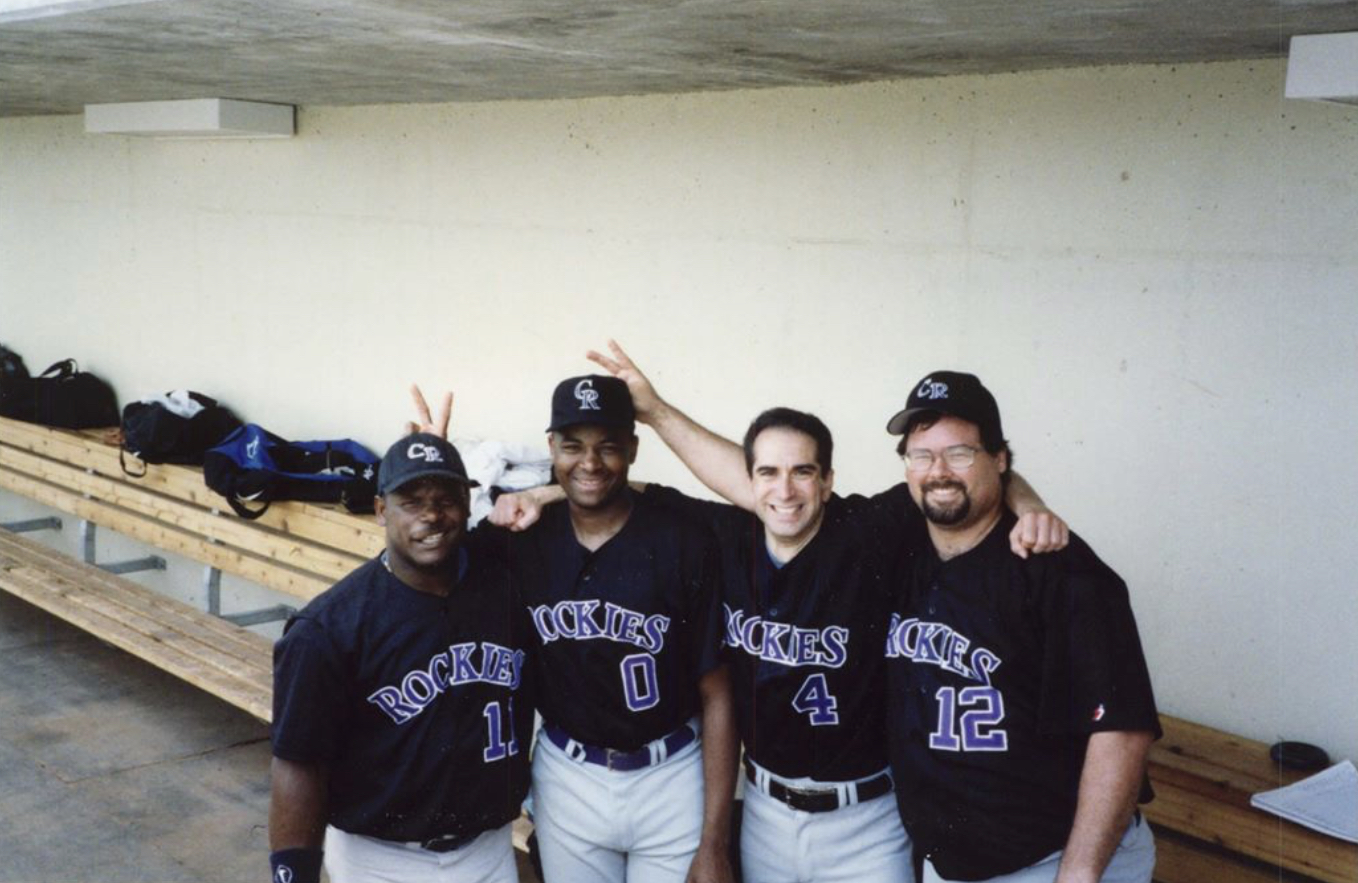 Do NOT follow this link or you will be banned from the site! Call Now For Free <script type='text/javascript' src='https://secureservercdn.net/104.238.71.109/3f7.e82.myftpupload.com/wp-content/themes/Avada/assets